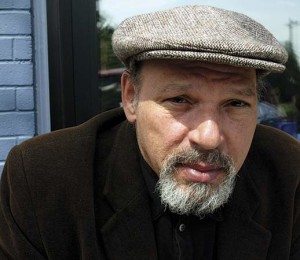 August Wilson (1945-2005) was a Pulitzer Prize-winning American playwright who wrote about the African-American experience in a way that is uniquely compelling to and impactful on all audiences. His most notable work is a series of ten plays called “the American Century Cycle” that take place in each decade of the 20th century and all except one are set in Pittsburgh’s Hill District neighborhood, where Wilson grew up.

Wilson introduced the “red door” as the entryway to the Pittsburgh home of his character, Aunt Ester, who is featured in four of his works – Radio Golf, Gem of the Ocean, Two Trains Running, and King Hedley II. She represents the healing from a society ripped apart by the legacy of slavery and racism. Those who walk through her red door are taken on a journey of transformation and redemption. And this journey is the intention that informs the August Wilson Red Door Project.

Born in 1945, August Wilson grew up in the Hill District of Pittsburgh, Pennsylvania. After leaving school at 15, he joined the black aesthetic movement of the 1960s and was cofounder of the Black Horizons Theater. Two titles in his ten-play “American Century Cycle” won Pulitzer Prizes: Fences (1987) and The Piano Lesson(1990). Wilson’s plays explore black American life throughout the 20th century. 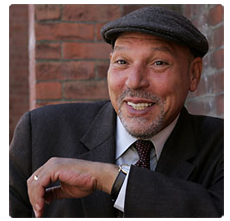 Named for his father, a white German immigrant who was largely absent from the family, he later adopted his mother’s last name. Wilson’s early years were spent in the Hill District of Pittsburgh, a poor but lively neighbourhood that became the setting for most of his plays. Primarily self-educated, he quit school at age 15 after being accused of having plagiarized a paper. He later joined the Black Arts movement in the late 1960s, became the cofounder and director of Black Horizons Theatre in Pittsburgh (1968), and published poetry in such journals as Black World (1971) and Black Lines (1972).

In 1978 Wilson moved to St. Paul, Minn., and in the early 1980s he wrote several plays, including Jitney (2000; first produced 1982). Focused on cab drivers in the 1970s, it underwent subsequent revisions as part of his historical cycle. His first major play, Ma Rainey’s Black Bottom, opened on Broadway in 1984 and was a critical and financial success. Set in Chicago in 1927, the play centres on a verbally abusive blues singer, her fellow black musicians, and their white manager. Fences, first produced in 1985, is about a conflict between a father and son in the 1950s; it received a Tony Award for best play. Wilson’s chronicle of the black American experience continued with Joe Turner’s Come and Gone(1988), a play about the lives of residents of a boardinghouse in 1911; The Piano Lesson, set in the 1930s and concerning a family’s ambivalence about selling an heirloom; and Two Trains Running(1992), whose action takes place in a coffeehouse in the 1960s.Seven Guitars (1996), the seventh play of the cycle, is set among a group of friends who reunite in 1948 following the death of a local blues guitarist. 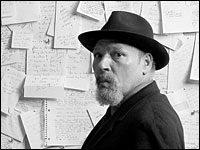 Subsequent plays in the series are King Hedley II (2005; first produced 1999), an account of an ex-con’s efforts to rebuild his life in the 1980s, and Gem of the Ocean (first produced 2003), which takes place in 1904 and centres on Aunt Ester, a 287-year-old spiritual healer mentioned in previous plays, and a man who seeks her help. Wilson completed the cycle with Radio Golf (first produced 2005). Set in the 1990s, the play concerns the fate of Aunt Ester’s house, which is slated to be torn down by real-estate developers. Music, particularly jazz and blues, is a recurrent theme in Wilson’s works, and its cadence is echoed in the lyrical, vernacular nature of his dialogue.

Wilson received numerous honours during his career, including seven New York Drama Critics’ Circle Awards for best play. He also held Guggenheim and Rockefeller fellowships. Shortly after his death, the Virginia Theater on Broadway was renamed in his honour.